The Value of a Business Idea Is Nothing and Everything Pretty much everyone wants to believe that ideas are inherently valuable in business. Actually, they aren’t.

Ideas are only valuable when they are acted upon.

I’m sure if you think about it, you can come up with a kinda decent business idea right this very moment. But are you going to act upon it?

Probably not. You’ll make up some excuse.

“I don’t have the right skill set.”

Truth be told, every business starts out as an idea, but not every idea ends up as a business.

Therefore, the true value is not in the idea itself, but in the execution of that idea.

Execution is to be respected. It is what makes all the difference.

I would rather hire someone with a proven track record of executing on the business ideas of others than on someone with plenty of great ideas but no activity to show for it.

So next time you have a great business idea, focus on determining if you can and should take action on it.

And don’t let yourself get caught up in the battle of endless planning, analysis, and preparation. Eventually you just need to walk away from the spreadsheet, put down the calculator and ultimately take action.

It’s so easy to defer executing on your business idea because you don’t feel ready, or things aren’t perfect.

You know what? Things will never be perfect. Business is imperfect by design. Deal with it.

Starting now with an imperfect plan is better than postponing your idea indefinitely as you await a perfect plan that will never arrive. The important part is to start. Go! Give it a try. Great entrepreneurs are not great thinkers; rather, they are great doers. The do things. They try things. And yes, they fail at times.

The goal is to create a workflow for testing your business ideas as quickly and efficiently as possible, without wasting a lot of time or money.

If you do this enough times, with enough ideas, eventually you’ll hit on something that sticks. That is how to build a business in the 21st century.

So getting back to the title of this post, ideas are both nothing and everything. What the heck does that even mean?

Business ideas are nothing if they are just that, an idea that never gets tested or executed upon.

But in the same light, everything we act upon in business starts as an idea, so without the right idea, businesses wouldn’t exist.

The point of all of this is simple. Don’t overvalue ideas and undervalue executing on those ideas. Look at it as a one-two punch and then learn how to streamline the process.

Because at the end of the day, entrepreneurs are not in the thinking business, they’re in the doing business.

As Carl Jung remarked, “You are what you do, not what you say you’ll do.”

Entrepreneurship isn’t easy, because it requires that you actually do the work you say you want to do. Entrepreneur and speaker Dan Martell puts it like this:

If you’ve gotten through this entire article already and you’re still fired up about turing your ideas in to action, then you’re on the right track.

Now get out there and make something happen! 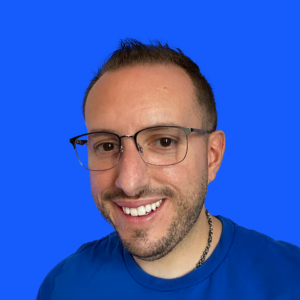